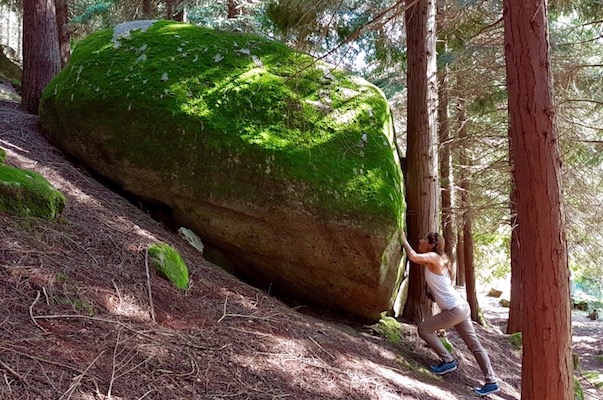 Inhibited breathing is linked to a perception, where the world appears to be an unpredictable or even difficult or dangerous place. This belief supports its own reality, creating a circle of cause and effect.

Survival responses are linked to the sympathetic nervous system and the reptilian brain, which only choose between reactions of fight, flight, or freeze. By repeating these reactions of survival, they become established and second-nature.

Becoming aware, and changing the breathing pattern is one of the ways we can break this perpetual loop, and re-engage the parasympathetic nervous system (responsible for rest, digestion, and healing). It opens us up to conscious co-creation.

Changing the breathing pattern by slowing down and deepening the breath, allowing the exhales to become long and smooth, and the inhales active and even, restores the ability to choose our response in a conscious, creative manner, rather than re-act in habituated ways.

It is good to know it, but it only works if you apply it! 😉

Benefits and Effects of Breathwork, Human Potential and Self- Actualization

Change your perception, and your reality changes

You can find out more about which cookies we are using or switch them off in settings.

This website uses cookies so that we can provide you with the best user experience possible. Cookie information is stored in your browser and performs functions such as recognising you when you return to our website and helping our team to understand which sections of the website you find most interesting and useful.

Strictly Necessary Cookie should be enabled at all times so that we can save your preferences for cookie settings.

If you disable this cookie, we will not be able to save your preferences. This means that every time you visit this website you will need to enable or disable cookies again.